Creating a BUZZZZ at the United Nations!

As a member of Delta Kappa Gamma you should be very proud of the fact that your involvement in our project: "Hey Sister, can you Spare a Pair?" Not only created quite the BUZZZZ but  actually won the award for “Best Practices of 2012” from the United Nations!

This award is given each year to a person or organization that creates a project or works in conjunction with another organization to promote or provide global awareness into school curricula and the work of community organizations.

I am so grateful that Barb Emmer from Psi Chapter thought enough of me, thirteen years ago, to offer me membership into Delta Kappa Gamma. BEE-cause I was invited to BEE-come a member of the HIVE, I have BEE-come a much better person.  Won't you look around your area of the garden and do what BEES always do? Help others to BLOSSOM!

We definitely are a group of "Leading Women Educators that are Impacting Education Worldwide"!
Karen Ball 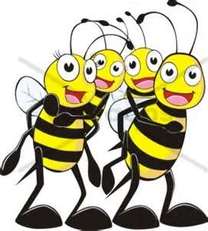 CTAUN CONFERENCE
The 2013 CTAUN Conference was held in January at the United Nations. The theme was Economic Inequality and Human Trafficking. Chair, Anne-Marie Carlson (also a Delta Kappa Gamma member) opened the conference. To see the main speakers, visit the website at: www.ctaun.org/conferences2013-un/. Joan Goldstein, coordinator, presented The Best Practices Award to Alpha Alpha State President Louann Shrader and Projects Chair, Karen Ball. Karen then described our “Sista Can You Spare a Pair” campaign. Karen also prepared a tri-fold explaining the project. Many of the 400+ attendees studied the tri-fold. It will also be on display at our State Convention in June. There were six Alpha Alpha State members attending the conference. Congratulations to Karen for all her hard work!!!
Visitors